Share a memory
Obituary & Services
Tribute Wall
Read more about the life story of Dale and share your memory.

Dale L. Christensen, 92, of Dell Rapids, passed away on Tuesday, December 27, 2022 at the Dells Nursing and Rehab Center in Dell Rapids. His funeral service will begin at 11:00 a.m. on Saturday, December 31, 2022 in the Trent Baptist Church. Visitation will be one hour prior to the start of the service. Interment will be in the Riverview Cemetery.

Dale L. Christensen was born on May 18, 1930 at Madison, SD, the oldest of three sons born to George and Esther Christensen. He helped with farm work with his Dad for many years and then helped his brother Lauren on the farm. He helped his Dad and Mom make rock tables for many years. He would run the rock saw to cut the slabs for the tables. Many of these tables are still in the community. He lived with his parents on their farm Southeast of Trent until the death of his father in 1974. Dale moved with his mother to Dell Rapids where they lived in their home until Esther’s death in 1986. Dale then moved to IOOF senior citizen housing. He helped run the elevator at IOOF and helped residents in wheelchairs get to the dinning hall. He was awarded “Volunteer of the Year” for his many hours of volunteering at IOOF. When IOOF closed, he moved to Dells Nursing and Rehab Center where he again volunteered countless hours helping other residents get to Bingo or meals.

Dale was an active member of Trent Baptist Church where attendance was very important to him. He had a perfect Sunday School attendance for about 50 years and he served as an usher where he was responsible for handing out the bulletins. He was an avid bowler. He volunteered at Lauren’s Riverside camp near Trent for the residents of Lifescapes and Dakota Abilities where he helped cook. He continued to volunteer at the camp until his health failed.

He was preceded in death by his parents and his sister-in-law, LaDonna.

He is survived by his brothers, Lauren and Merlyn (Janet) both of Dell Rapids; his two nieces, Cheryl (Stu) Dix and Linda Nelson; his three nephews, Rob, David and Paul and his great-nieces and great-nephews.

In Lieu of flowers, memorials may directed to Camp Judson or the Trent Baptist Church.

To send flowers to the family or plant a tree in memory of Dale L. Christensen, please visit our floral store. 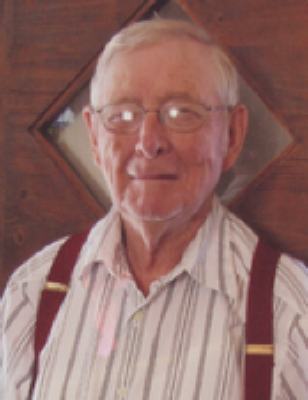