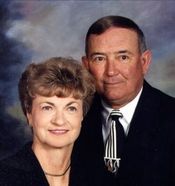 James "Jim" and Kay sold the funeral home in 1996 to their son, Mark and his wife, Jenifer. Jim and Kay are enjoying retirement. 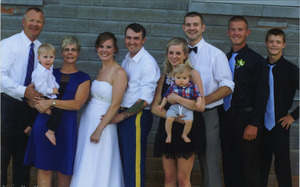 Mark was born in Omaha, NE in 1961. He moved to Dell Rapids when his parents purchased the Hermanson Funeral Home in 1968. After graduating from Dell Rapids High School in 1979, Mark attended the University of South Dakota in Vermillion. He graduated with his Bachelor’s Degree in Business in 1983. Mark attended the Dallas Institute of Funeral Service in Dallas, Texas. His study there earned him inclusion in the national funeral directors honor fraternity, Pi Sigma Eta. After graduating with honors in 1984, Mark moved to Rapid City to finish his apprenticeship at the Osheim-Catron Funeral Home. He became licensed in 1985.
Mark married Jenifer Peichel in August of 1985. They loved the Black Hills and continued to live and work there through 1986. Mark and Jenifer returned to Dell Rapids in late 1986 to become part of the family funeral home. They became proud parents of Megan, Thomas, Benjamin, and Gregory.
Mark and Jenifer moved their family to Sioux Falls in 1992 to establish Heritage Funeral Home, which they had started with other area funeral directors. After making the business viable by 1996, they realized that they wanted the family to grow up and attended school in Dell Rapids. At that time, they purchased the funeral business in Dell Rapids from Jim and Kay Kahler. They have owned and operated this business since that time.
Mark and Jenifer feel strongly about community involvement and betterment. They are members of St. Mary Parish in Dell Rapids. Jenifer has served on church boards and was a board member of the Dell Rapids Community Fund for several years. Mark has served on the church council and finance committee. He was a Dell Rapids Chamber of Commerce Board director for nine years. He served on the Dell Rapids Museum’s Board for ten years and is a past president. He served on the Dell Rapids Park Board when it was active. He also served as an officer in his South Dakota Funeral Director’s Association district. Currently, Mark serves on the Dell Rapids Economic Development Corporations Board of Directors and is finishing his ninth year of service. He has also volunteered his time to serve as the Dell Rapids Cemetery sexton for the last eighteen years. Mark also serves on the St. Mary Cemetery committee for sixteen years, serving as Committee Chairman for the last twelve years.  He also volunteers his time to serve as an adviser to the Stordahl Cemetery and the Riverview Cemetery. 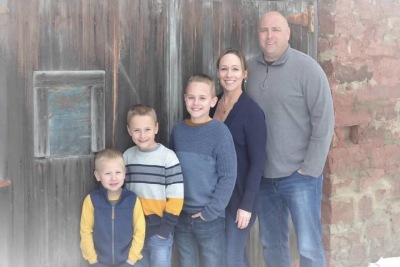 Ross E. Brende was born on December 24, 1979 in Dell Rapids, SD, the son of Duane “Duke” and Patti (Shelquist) Brende. He grew up and attended school in Dell Rapids graduating from Dell Rapids Public High School in 1998. Ross graduated from Mt. Marty College in Yankton, SD with a Bachelors Degree in Business Administration and Pre-Mortuary Science in 2002. He attended mortuary school at the Dallas Institute of Funeral Service in Dallas, TX. While there he was elected into the Pi Sigma Eta National Morticians Fraternity for academic excellence. Ross was employed by Rest Haven Funeral Homes in Rockwell, Rowlett, and Royse City, TX. He graduated in 2003. In April of 2004, Ross was given the opportunity to move back to his home town of Dell Rapids, SD. Ross became a licensed funeral director and embalmer in April of 2004 after a year apprenticeship with Kahler Funeral Home in Dell Rapids and Heritage Funeral Home in Sioux Falls. Ross has his South Dakota life insurance producers license and is a qualified pre-arrangement counselor with Great Western. Ross and Tiffany became owners of Kahler Funeral Home on January 1, 2020 when they renamed the business to Kahler-Brende Funeral Home.
Ross and his wife, Tiffany are members of St. Mary Catholic Church in Dell Rapids. Ross has served on the Dell Rapids Optimist Club, the Dell Rapids Community Fund, been active in Amateur Baseball in Dell Rapids, a member of Rocky Run Golf Course, coached his son's athletic teams, is on the St. Mary and Riverview Cemetery Boards, is on the board of directors for Junior Achievement and the Dell Rapids Baseball Association, teaches CRE and numerous other community activities and organizations.
Ross and Tiffany have three sons, Jace, Brooks and Jax.